Do you also suffer from a "social disease"?

A social epidemic affects many people in society at the same time.

Sometimes we find ourselves attacked by anxieties, confusion or depression for no logical reason.
As if we were infected by something that is floating in the air around us, a harsh general atmosphere that affects us personally.

In such situations we must know that we were infected by a social epidemic ...

Social plagues are the actual manifestation of the fears, worries, anger, jealousy, malicious intentions, and harmful beliefs nestled in each of us, which join together in a mass of negative thinking.

- What happens when a huge mass of negative thinking accumulates in the world?

When human society is flooded with negative thoughts and bad intentions, confusion between good and evil, pure and impure, pessimism, collective anxiety about livelihood, fear of disease and war, these forces come to fruition and actualize themselves and nourish the forces of darkness.

The power of collective fear is huge, and it raises many catechisms in the upper worlds.

Thus, negative forces descend into the world (in Kabbalah, they are called external verdicts and detrimental forces), and harm many people in large masses: predicaments, sicknesses, addictions, epidemics and disasters that plague human society.

For some reason, it is easy for us to be drawn into fear, hatred, and bitter feelings:
We are swamped with them through the media and the Internet, they provide us with the dramas we are so thirsty for, and arouse in us the perception that we live in a dangerous and hostile world.
They distance us from the faith in light, optimism and love.

It is easy to understand why so many people today rely on Prozac and benzodiazepines to cope successfully with everyday life.


Message for the week from the 72 Names cards:

The card indicates that you are affected by a situation common to many people in society.
It is recommended to disconnect during this period from messages that are intended to frighten the public and paralyze it mentally, not to listen to the media, and ignore commercials that try to convince you that something is wrong with you.
It will take some time for the external circumstances to change, and in the meantime, focus on positive and healthy thoughts, maintain optimism and project it outwards.
This will have a positive effect on the people close to you and from there on to many others in society.

Meditating with the letter combination Nun-Lamed-Caf (נ.ל.ך) and inscribing it in the body and mind summon the Divine light to fight disease –
This name is good for eradicating epidemics, against common and quiet diseases (bad nutrition, smoking, depression, heart disease, spiritual pollution, hatred and such) that affect everyone, or any “social” disease (such as Aids).
נ.ל.ך fights mental paralysis, helplessness and contamination. It is a remedy to plagues and vaccinates us against their roots.
** Meditating with the “72 Names of God” and inscribing them in the body and mind can create major changes in your life. It actually creates transformation on your spiritual DNA level, changes that are manifested in your everyday life.

The 72 Names cards will help you connect with your inner wisdom and retrieve the relevant knowledge you need to resolve any challenging issue in your life.
For more information about the 72 Names cards: 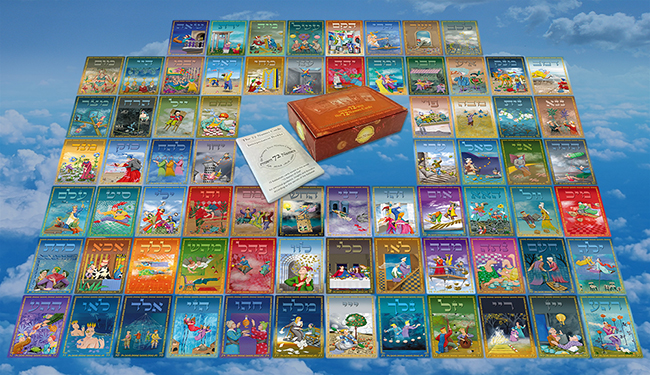 The full list of interpretations for the "72 Names of God" and their meanings is available for anyone interested.
To receive it, please go into this page: http://www.kabbalahinsights.com/en/request-72-names and leave your name and email address,
and I will send it to you with love.